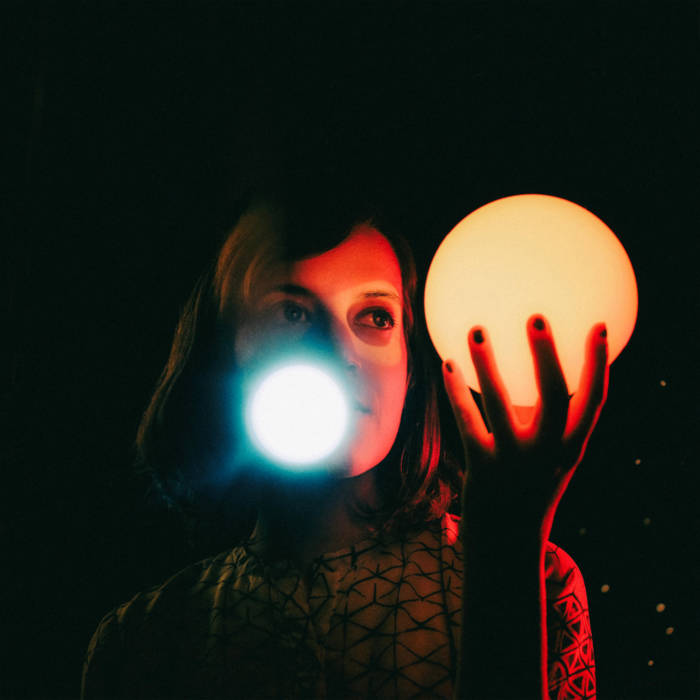 Hipi07 Here's the scoop my little bloopy bloop: one of the most underrated albums of the last decade. Children's music + outer space music never sounded so good, galaxy spanning bliss from start to finish.

The level of creativity on this album is surreal, it refuses to be labelled into a single genre thanks to masterful production and a nigh angel-like voice. Favorite track: Confessions of the Metropolis Spaceship.

dharkoshan This album is like warbling down into a beautiful, fairy light-lit rabbit hole. It's gorgeous, deserves to be listened to in it's entirety very time, which is impossible to avoid anyway.
more...

Salami Rose Joe Louis (real name Lindsay Olsen) - the Bay Area based musician, composer, and producer - will release her new album “Zdenka 2080” via Brainfeeder on 30 August 2019. It follows a busy start to the year in which she joined Toro Y Moi’s “Outer Peace Tour” in the US and supported The Cinematic Orchestra on their European tour.

Olsen hails from Crockett in Northern California. “It’s a tiny, very strange and sleepy little town. There is a giant sugar factory and the whole town often smells like marshmallows and caramel, which is ideal,” she says. She lives in the basement of her friend’s house which is the perfect place “to get very weird”. In 2017, in the wake of the release of her album “Zlaty Sauce Nephew”, Olsen sustained a wrist injury in a car accident that forced her to miss a fortnight of her regular job at an asbestos lab in Berkeley. Serendipitously, this coincided with one of her tracks unexpectedly being licensed for a TV commercial and Olsen decided to take the plunge. “I felt like it was a sign from the galaxies to take the leap to concentrating on music full time,” she smiles.

Drawing inspiration from film, literature, art, and music, “Zdenka 2080” was heavily influenced in particular by a series of apocalyptic sci-fi novels by Octavia Butler and Gene Wolf. “They inspired me to explore the realms of fantasy as a means of illuminating concepts and truths about our own society and humanity,” she says. “I also was very inspired by the movies Tekkonkinkreet and Embrace of the Serpent - a beautiful exploration of capitalism, colonialism and greed.”

“Sometimes my songs can be very silly and whimsical,” Olsen explains - with new single ‘Cumulous Potion (For the Clouds to Sing)’ being a case in point. “Sometimes they are more serious and emotional. I was looking for a way to weave all of my styles into a cohesive narrative, and I found a lot of inspiration in the way often movies and shows in the animé tradition seamlessly connect the whimsical, silly, serious, and meaningful.”

Olsen’s music is highly conceptual and “Zdenka 2080” describes a future dystopian Earth in the year 2080 that has been mis-managed by unethical governments and corporations. An initiative by greedy big business to capture solar energy to power a super-sized spaceship, results in a rapidly cooling Earth, and the elite escape via the spaceship to colonize another distant planet. The earthlings left behind find themselves fading with the cooling sun. The first half of the album follows the journey of a young earthling left behind. She discovers an octagonal room with eight paintings, each one leading to a new dimension, and travels through the dimensions in search of a way to save her planet. Her journey eventually leads her to a window where we discover that the octagonal room is the brain of the Earth and the paintings and coinciding dimensions are the thoughts of the Earth creature. The imagery of the paintings affect the thoughts of the Earth creature. Zdenka is the name of the artist who creates the paintings inside the octagonal room. Thus, she can influence the thoughts and actions of the Earth creature and humans on Earth based on what she paints. In this story, Zdenka is lost and confused and she paints very dark imagery. The young earthling begins a quest to find and convince her to paint more positive imagery.

Olsen says that her moods are often very connected to whether or not she is feeling creatively inspired and productive. “I have noticed creative blocks for me can be dark spirals into ego-centric, self loathing, isolating, and selfish tendencies,” she explains. “In this story, I wanted to explore the ways in which art can easily take dark and careless turns, but how important it is to remember the effects art has on others. I am not advocating for optimistic art only - I just wanted to write this story as a reminder to myself to strive to be intentional in the art I create."

Bandcamp Daily  your guide to the world of Bandcamp